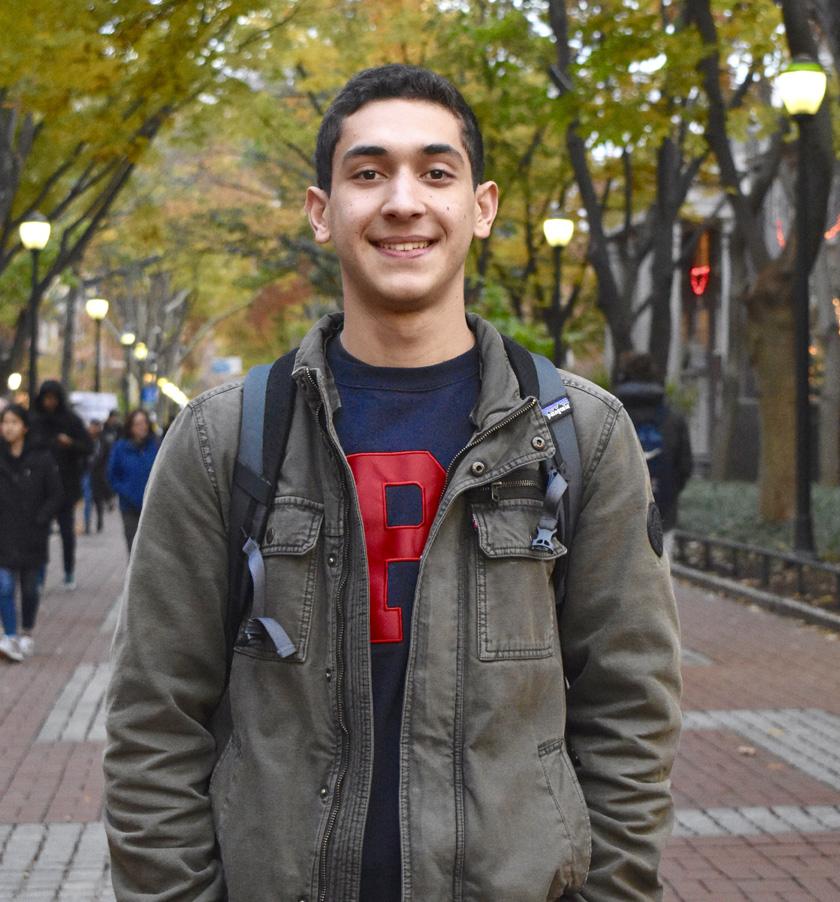 Gustavo first learned about Penn through the Leadership Education and Development Program (LEAD) at Wharton, a summer experience that brings high school students to campus to learn about business. As an undergraduate student, he pursued concentrations in finance and social impact and responsibility in the Wharton School of Business. He employed his quantitative strengths toward affecting positive social change.

Studying finance alongside social responsibility created healthy friction that allowed Gustavo to strengthen his critical thinking skills. For example, while taking Urban Education with Professor Schiera in the Graduate School of Education, Gustavo simultaneously enrolled in Urban Fiscal Policy with Professor Inman in the Wharton School. Both courses focused on education albeit from different angles. For the former, Gustavo did fieldwork in a West Philadelphia school, conducting interviews and analyzing his experiences through the lens of class readings. For the latter, Gustavo studied the Philadelphia Soda Tax from a quantitative perspective, ultimately finding that the numbers support its implementation and reinforce its benefit to the city’s students.

Fluent in Spanish and English and proficient in French, Gustavo was always interested in languages. At Penn, he developed a passion for education. Gustavo blended these interests through his work with ACTION, Active Cross Cultural Training in Our Neighborhoods, a student-run nonprofit. Gustavo and his peers taught Spanish language and culture to Philadelphia students in after-school programs in the city. Gustavo found his time in the classroom rewarding; he appreciated the opportunity to teach kids about a culture that could be entirely new to them. After trips home to Puerto Rico, Gustavo brought his students Puerto Rican candies, which helped to make their experience tangible. During two semesters, Gustavo served as the Director of ACTION, a role that provided insight into the inner workings and challenges that face the larger public education system in Philadelphia.

In the aftermath of Hurricane Maria, Gustavo was driven to support the Puerto Rican communities affected by the hurricane. Gustavo and his Puerto Rican peers at Penn were frustrated by their inability to communicate with their parents, family, and friends and upset by the devastation facing the communities at home. Together, these proactive students started a GoFundMe campaign called Students for Puerto Rico. To extend the reach of their campaign, Gustavo and his peers used their networks and social media to connect to students at other universities. They initially hoped to raise $2K. When dozens of schools and numerous student groups responded, Students for Puerto Rico designated representatives to direct efforts on each campus. The campaign went viral and their GoFundMe received more than $200,000 in donations. The proceeds were given to Unidos por Puerto Rico (United for Puerto Rico), a nonprofit that supports recovery and rebuilding for individuals and small businesses impacted by Hurricanes Irma and Maria.

Several of Gustavo’s campus and summer experiences focused on creating impact within a business context. As part of the Turner Social Impact Society, Gustavo took part in workshops and events on social responsibility and business. Gustavo was also part of the Social Impact Advisory Board (SIAB), which linked the Wharton Social Impact Initiative to the undergraduate community. SIAB builds awareness and hosts events, such as inviting leaders from socially responsible businesses to campus and visiting companies off-campus. Moreover, Gustavo conducted research with the Wharton Social Impact Initiative. His research focused on venture capital and private equity investments, comparing returns from investments in socially responsible companies to those from standard companies. Challenging the perception that investments in companies with a social mission will sacrifice profits, Gustavo found that investors should expect market-level returns from socially responsible investing.

Gustavo has been dedicated to the violin since childhood. At Penn, Gustavo continued to study violin through lessons and workshops. While the violin is rarely paired with jazz or improvisation genres, Gustavo attended an improvisation workshop hosted by a renowned cellist, Thomas Kraines, and Ware College House. Gustavo was excited to learn how to apply improvisation techniques to his playing in this informal, practice-focused setting. Gustavo also took classes, including Professor Guthrie Ramsey’s notable course Studies in African American Music, in the College of Arts and Sciences Music Department. Professor Ramsey brings his students to concerts across Philadelphia, welcomes guest speakers, and makes connections between music and other academic disciplines.

Explore interests to see more you can do at Penn
Explore Interests to see where yours could go at Penn.
Show me more about
Creative and Performing Arts Philadelphia Quantitative Studies Service to Society Social Impact
See All Interests