How I Got Involved with the Pan Asian American Cultural House
Ria | February 28, 2020

The Pan-Asian American Cultural House, also known as PAACH, is a place on campus that has come to mean a lot to me in a short amount of time. It is one of the three cultural resource centers on campus which are located in the basement of the ARCH building.

I got more involved with PAACH towards the end of my first semester sophomore year, at the recommendation of my Asian American studies professor. I was at office hours, talking to my professor about a paper I was writing about yoga. As you may imagine, the conversation shifted to balance in a broader sense, and I told her that I felt overwhelmed from being heavily involved in Wharton spaces, and wanted a place to facilitate creative writing sessions for which I already had a curriculum developed. She recommended a few organizations for me to reach out to, all of which fall under the PAACH umbrella, namely the South Asian Women’s Space (SAWS), the Spice Collective, and the Asian Pacific American Leadership Initiative (APALI).

Shortly after, I facilitated my first creative writing session ever in the PAACH living room in collaboration with SAWS and the Spice Collective, both of which center on discussion groups for Asian American women and non-binary individuals. The living room, with its plush couches, colorful blankets, origami artwork, board games, and cozy vibes was the perfect place for the type of exploration through writing that the session was about, and it quickly began to feel like a comfortable space for me.

At the beginning of second semester, I was notified that I was accepted to APALI. I wasn’t too sure of what it was, but my professor and a few friends spoke very highly of it so I decided to jump in. It is a very well known part of PAACH, and has been running for almost 20 years. The program begins with a retreat to a hostel in the woods at the beginning of the semester, where everyone in the same cohort plays games, gets to know each other, and forms close relationships. Every other week for the remainder of the semester, we have discussion groups about topics like family, religion, food, and immigration. The conversations, the people, and the fun are a highlight of this semester so far. We have a lot of our meetings in the PAACH living room as well.

Now that I’m more familiar with the spaces in PAACH, it is becoming a place of pause for me in the middle of busy days. It is very centrally located and has free coffee, and is where I come to unwind and caffeinate between classes. I’m slowly starting to get to know the other people involved in PAACH, spend more time there to just hang out, and explore the other organizations within its umbrella. I look forward to seeing the space grow.

You can now explore PAACH and the rest of the ARCH building on our Virtual Tour.

Hi everyone! My name is Ria, and I’m a student in Wharton who is still exploring what all the different concentrations have to offer. I grew up all over but lived in Dubai, U.A.E. before moving to Philadelphia, a city that I absolutely love to explore on the weekends. On-campus, I am involved in Wharton Council, Passion Projects, and work-study at the Development & Alumni Relations department. In my free time, you can catch me reading, doing yoga, and going on walks by the Schuylkill River.

View all posts by Ria Meet The Penn Admissions Bloggers 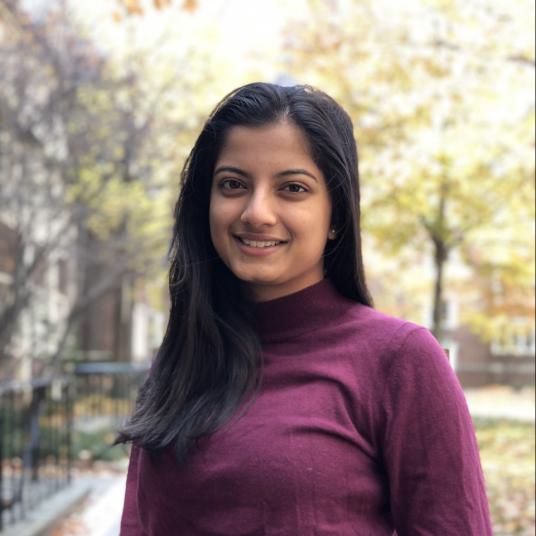