I am now halfway through my junior year at Penn, and I still find myself mind-boggled that I made it here -- to this place more than 8,000 miles away from my home in Johannesburg, and lightyears away from the experiences and expectations of the society in which I grew up.

The pathway I followed to get to Penn was not a straight line. Rather, it closely resembled the “Rainbow Road” race track in Mario Kart: a bumpy, confusing, slightly chaotic, incredibly interesting experience, and one during which I often felt as though I was blindly hurtling towards some elusive finish-line somewhere out in deep space.

Like most countries in the southern hemisphere, the school year in South Africa runs from January to December, with winter holidays in June and July and an extended summer break in December and January. When I applied to Penn, in December of 2016, I had already finished high school, and many of my friends were about to begin university in South Africa.

Unlike all of my friends, I had spent my summer holiday alone in my room writing college application essays -- while my younger cousins splashed around in the pool and feasted on granadilla ice lollies --  and Penn’s Common App was the very last one I sent off into cyberspace on the 4th of January 2017. I had decided to apply to American universities for a couple of reasons -- most prominently, I felt a strong, innate desire to expand my worldview and educational opportunities -- and, having never visited any college campuses in the US, I found myself selecting schools through information I could find in deep-dive internet searches.

Penn stood out to me. I had never been to Philly, but I knew it was a big city with great food, and I appreciated that Penn’s campus was just a 15-minute walk from Center City (this I found out through repeated Google Maps searches.) Penn also offered a major in Politics, Philosophy and Economics (or PPE), a combination of courses popular in South Africa, Britain and many other Commonwealth countries, but hard to find at an American 4-year college. Lastly, reading through the materials on Penn’s admissions websites, I learned that it was a place where research and academic excellence were prized, but real-world interventions and innovations were valued just as equally. This commitment to pragmatism, alongside the pursuit of knowledge for its own sake, drew me to apply to Penn above all.

My Common App essays were far from perfect, and I worried that my high school transcripts (with a grading system completely different from the American equivalent) would puzzle admissions officers. I put myself on paper, in the best way I could over the course of a few short weeks in the business of South African summer, and hoped for the best.

Penn saw past the confusion, bumps and hurdles -- Rainbow-Road style, again -- within my application, and saw in me some potential to contribute to life on our campus. To students outside the US who may be interested in coming to Penn, and especially those in the global south, I urge you to give an application your best shot. The elusive finish line, once crossed, opens up a world of new possibilities -- some of which are almost as cool as winning the Special Cup in MarioKart -- here at Penn. 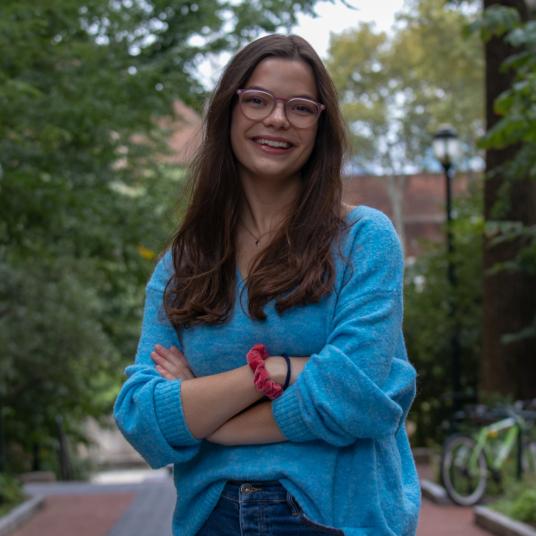