When Penn closed up shop last semester and made all classes remote, no one was anticipating it – we all got through as best as we could, but there were definitely some hurdles from the suddenness of it all. This term is different, though: everyone is more prepared for the adventures of taking Zoom classes from our homes all around the world, professors included. Even still, though, I feel like we’re still in a learning process, and I’ve been making improvements to my work habits as the semester’s gone along. With that in mind, here are five tips for having a great studying from home experience!

1. Have a workspace that works for you.

It was a big change to come home from my Penn dorm room (which had a desk) to my room at home (which had…no desk). I took all of last semester’s classes sitting on my bed leaning against the wall, which made three-hour classes feel even longer because I was so uncomfortable. When it was announced that this semester was going to be from home as well, my mom said it was time to make my room an actual workspace – in another words, it was time to finally get a desk. Well, I gotta say, it’s pretty easy to find cheap desks online, and this one has made a huge improvement in my quality of life while in class.

Everyone’s situation is different, of course. You might want to study in a different room from your bedroom. Or maybe you prefer propping your computer on your lap while you work on the couch. At any rate, I’ve found that having a comfortable workspace has helped me a ton with being able to focus in class and on homework!

2. Get yourself a study buddy.

I never thought of myself as someone who could be productive when working with other people – my optimal workflow was done alone in the library. Now that that’s not really an option, though, I’ve found that it can actually be super helpful to work with other people around to hold me accountable to actually, you know, work.

Some of my classes have been making this easy. “Great Transformations”, an anthropology class about the major changes in human history, is pretty much entirely group work, so by default you’re working with other people. My professor in another class, “Stories in Data” (where we use programming to rationalize and tell stories from big datasets), has created study groups so we can help each other with the coding elements. And even besides that, there’s nothing wrong with enlisting a friend to study with – my girlfriend and I regularly do calls on Skype where we just do our own work together, and it’s productive! Just being able to work with other people has been great for ensuring I actually get everything done.

Of course, your interactions with other people shouldn’t be limited to just working! My social life has definitely changed in this time of quarantine, but if anything, I’ve actually been able to see my friends more often thanks to the power of video conferencing services. I’ve been doing multiple weekly calls with various social groups, including a game night on Wednesdays and a Sunday brunch call where we pretend we’re able to travel by watching YouTube videos of train rides from around the country and the world. My girlfriend and I have been trying to watch as much of Parks and Rec as we can before it gets taken off Netflix (RIP), while I’ve been doing discographies of various artists with another friend, putting our thoughts into nerdy spreadsheets. If you’re feeling lonely, it could be great to set some calls up with friends – chances are they miss you too.

Penn clubs are another great way of keeping social. The Penn Band, while obviously unable to play together, has a full rehearsal every week as we asynchronously record an album! There have been social events both for the entire band and within sections as well, so we can always keep in touch with each other. The vast majority of Penn clubs are still active over Zoom, and those calls and events are a great way to still hang out with the communities that we can’t experience on campus.

Okay, my adherence to this one has been a little spotty, I have to admit – when so much of our life is on the internet now, it’s hard to find time to go into the outside world! But whenever I do take a walk, it’s so worth it; it just makes you feel refreshed. I think the best way to ensure you actually get yourself outside is just to find reasons to do it. For example, if I get something from Amazon, I’ll often have it shipped to a nearby Hub Locker so I can get out of the house to go grab it. Is it less convenient? Sure, but I get some fresh air in the process! Walks for the sake of them are obviously fair game too, but I know that I need a little more convincing to get myself out there.

5. Establish a routine and stick to it.

I think this is the most important advice I can give, and it allows you to maximize the benefit of pretty much every other tip in this post. Having a routine helps you escape the grind of being inside all day (well, mostly – remember #4!) while also ensuring you get things done and stay healthy. This is especially important for asynchronous classes: three of my courses are at least partially asynchronous, but if you can watch those lectures at a consistent time each week, it feels more structured.

It becomes even more important to keep it up as you get busier: I’ve got a remote part-time internship with flexible hours, so I slot that in for five hours a day on Tuesdays and Thursdays; from there I watch the lecture from my “History of the English Language” class, which gets uploaded every Tuesday and Thursday; then I move on to Great Transformations, which is asynchronous on Tuesdays and synchronous on Thursdays; and then on Tuesday evenings I meet with the SEPTA Youth Advisory Council, while my friend and I conquer another album in whatever discography we’re doing on Thursdays. Having the routine allows these various classes and commitments to make sense and get done! And it can make every other item on this list fall into place. 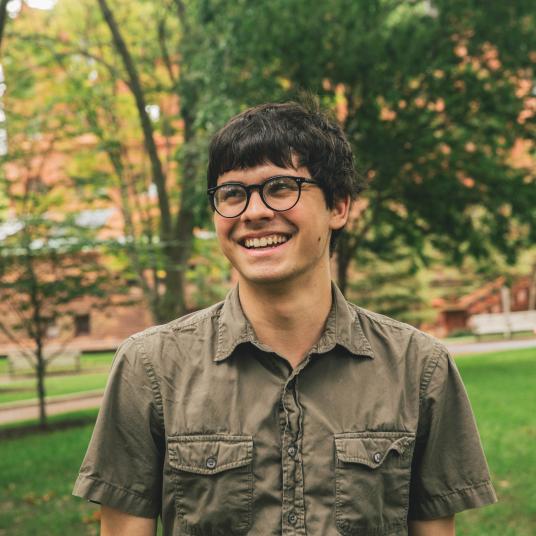